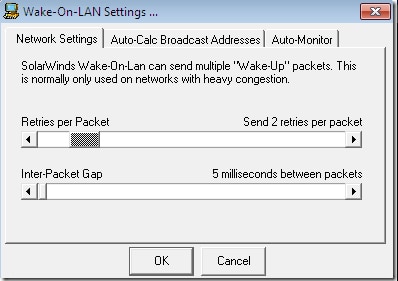 Best FREE Wake On LAN Software and Tools for your Network

Best FREE Wake On LAN Software and Tools for your Network

Wake On Lan is a Network Protocol that sends packet to an IP address of your choice that is specially formulated with a broadcast frame that will wake up the machine on the other end – that is, if WOL is enabled on the machine. The ability to perform a LAN wake on a system can be incredibly useful in a range of situations. To put simply if there is any time you might want a system to be turned on when you aren’t sitting in front of it, then Wake-On-LAN, aka WOL, is precisely what you need! Whether used for testing, or perhaps on a back-up system, it’s quite useful to be able to remotely control and change the power state of a computer. Even just accidentally shutting it down, or someone turning it off and leaving, can make WOL very useful!

With the software installed the networks NIC continues to receive power even while turned off and listens for a specific packet to be sent that will trigger a startup. It’s as simple as that! And due to the simplicity there are a range of tools with a range of features to provide this very functionality. Some are as basic as just providing wake, while others offer a greater degree of flexibility and specificity in how they do what they do! It’s worth noting that WOL does often have to be enabled in the BIOS on the system to be roused remotely, of course.

We’ve compiled a small list of the Best Wake on Lan software and tools that will help you Wake up any PC on your internal network via the protocol. The Great part about most of the software below is that they’re absolutely FREE! Grab one below and install it today to make sure you have it ready when you least expect.

This program is pretty lightweight and easy to setup, which makes it ideal for swiftly installing and configuring on a system. There’s really not a lot else to be said! It’s one of those programs that is small and compact because it has a singular focus and it does what it needs to do as easily and with as little footprint as possible.

Compatibility: Any version of Windows from 2000 and up, including 64-bit

NirSoft, a common name when dealing with passwords and utilities revolving around them, also has a nice lightweight tool for handling WOL. It has a nice simple interface that allows for managing a series of systems all at once and can even broadcast a WOL packet to a handful of systems at the same time to save you a little extra work. It also offers command-line functionality that is ideal for scripting or bat files.

Compatibility: Any version of Windows from 2000 and up, including 64-bit 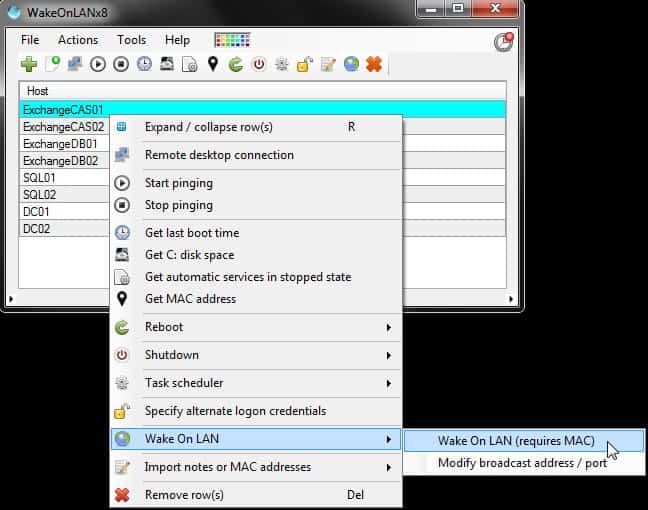 Another simple and free tool that is purely focused on getting the job done without an excess of bells and whistles. This one has a particularly customizable GUI, much more than many of the similar programs, and even offers a little bit of system information that can be requested from the target machine, such as drive space, MAC address, last boot time, a built-in remote access request, and several other handy features. As far as free WOL tools, it’s a pretty robust one for sure! 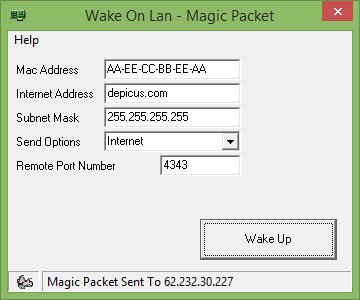 It doesn’t get any more simple than this! This is essentially a straight-up front-end UI for fully command-prompt based native WOL functionality. It provides the most basic level of WOL needs with a nice and concise little graphical interface.

Compatibility: Most versions of Windows from 2k and up 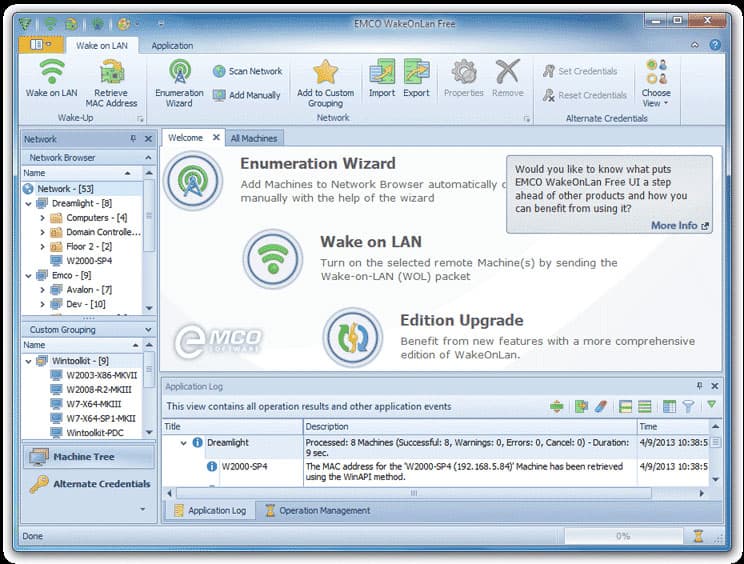 This program is a bit fancier looking than most of the more simple WOL tools, but it also offers a bit more functionality as a result. The free version doesn’t really do much more than most of the others listed here, but it does have a snappy interface for easy navigation and adjustment of some of the basic parameters. The paid version boasts a bit more flexibility and has some useful logging and management features for the systems added to it.

Compatibility: Windows XP and up 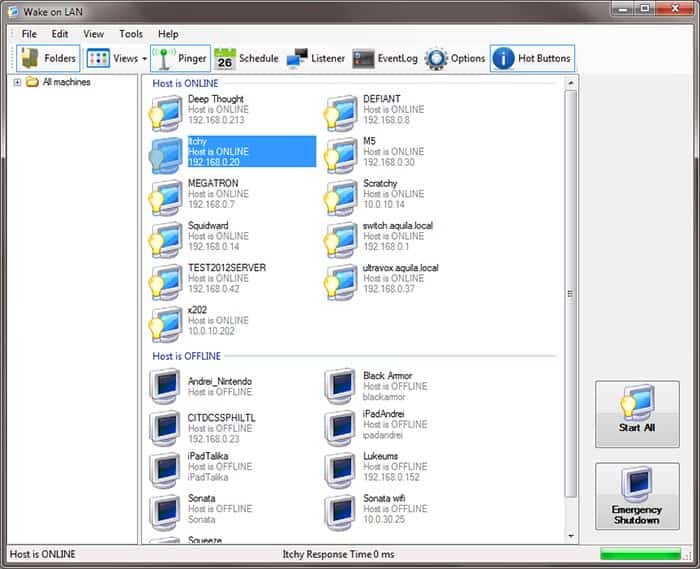 This program has a few handy features of note – it can also perform shutdowns on non-Windows systems via scripting, but it takes a bit of fiddling to get that working. Aside from that it offers some functionality for troubleshooting WOL by monitoring the wake packets being sent and received, and has a built-in scanner for browsing host machines for WOL functionality.

Compatibility: Windows XP and up, .NET Framework 4.6 or higher

This particular tool is part of a larger suite of basic management tools that comes part of a free program offered by ManageEngine. It can invoke remote command prompts, take inventory of software, pull up task manager remotely, and several other features as well as, of course, WOL. This is a handy option when you have a need for more than just the most basic functionality, but anyone who is interested primarily in WOL features will find the rest of it just gets in the way. 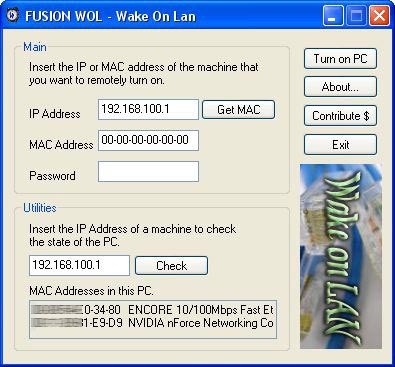 Another option that is pretty barebones that comes with a few strong limitations, but it has one particular offering that makes it worth mentioning! This particular free tool has a mobile app version for triggering WOL for a configured system, which can be quite handy for quickly firing up a computer from your phone – especially if you then have remote capabilities via the same phone!

Compatibility: Most Windows from 2000 and up, also has Android app version available for triggering WOL

Flexibility and functionality even while away from a computer is one of the most powerful tools we have in this day and age. Being away from a system or office doesn’t mean you can’t repair, turn off, restart, and in this case, even turn back on a computer all from just about anyplace, and any device, with a network connection.

For a nice and easy, but still robust, option for WOL functionality the SOLARWINDS Free WOL Utility can be easily recommended for doing a great job! Its FREE, Easy to Use and gets the job done all the time! Finding the Best Wake on Lan Software shouldn’t be difficult and we hope the list above has served you well in finding one.